Quote Me
Leave a Message

You are here: Home » News » Why sitting is not the new smoking

Why sitting is not the new smoking In 2014, endocrinologist Dr. James Levine published his anti-sitting manifesto, “Get Up: Why Your Chair is Killing You and What You Can Do About It.”He coined the term “sitting disease” and explained that no amount of exercise could counteract the effects of sitting for eight hours a day.

Studies backed him up, showing intensive sitting slowed the metabolism, reduced healthy cholesterol by 20 percent, increased the risk of cardiovascular problems, and doubled the chance of developing type-2 diabetes. Levine recommended a treadmill desk, to walk at a slow pace of one to two mph, for most of the day.

All was well until, in one of his dozens of interviews, Levine referred to “sitting as sort of the new smoking.” Clickbait-hungry media outlets dropped the “sort of,” transforming a casual metaphor into a quasi-scientific given. A year later, Tim Cook of Apple called sitting “the new cancer,” escalating the panic.

In record time, office floor plans were re-configured for standing and treadmill desks. People boasted about hours spent on their feet, instead of their backsides. But soon, new studies showed excessive hours standing in one position could damage knees, hips, thighs, ankles and result in varicose veins. 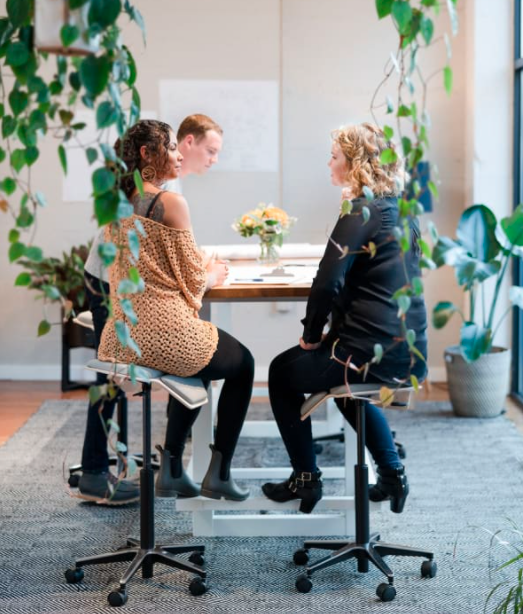 What the evidence (and Levine) really says

In late 2018, scientists from Canada, Australia, and the U.S. evaluated the “sitting is the new smoking” claim in the American Journal of Public Health.

“The mass-media enthusiasm for condemning sitting” had “far outpaced the available scientific evidence,” the study authors concurred. In fact, the prevalence of cancer and heart disease was much higher among people who smoked than it was among even the most marathon sitters.

Levine, who’d intended to spark a revolution, had instead anchored people to their standing desks. In a recent article, he clarified that what was really necessary was a conceptual change In the workplace. “Getting off your bottom is almost forbidden,” said Levine. “We have to have environments that send the right message.”

It is true that parking in any static position all day, day after day, isn’t good for you. Every minute of activity helps, according to recently released Physical Activity Guidelines for Americans. There’s also room for sitting in our day, when done correctly.